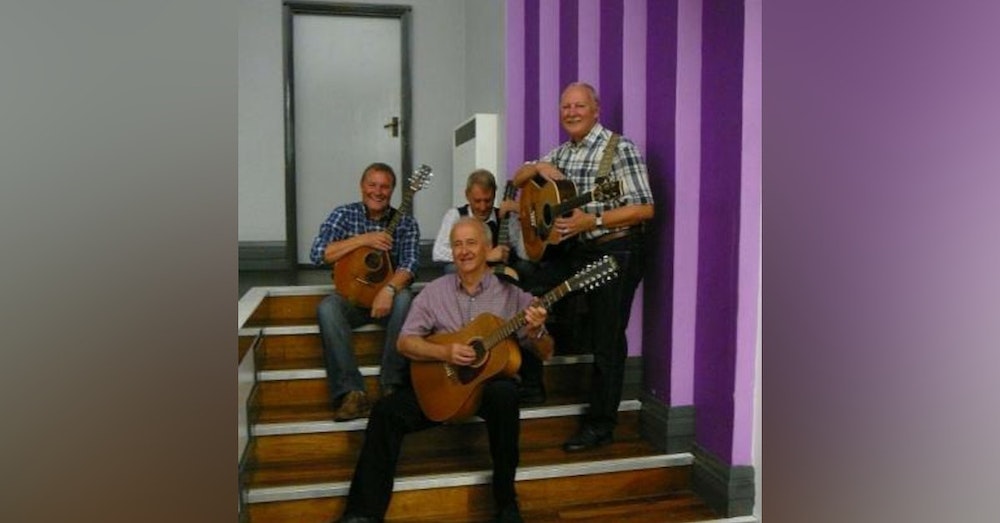 In this episode we feature two tracks from Fourum's popular music and Susan talks to Jim Jack about how the band started in 1972 and quickly grew in popularity. The name of the band came initially from the latin word Forum meaning a meeting place, with the addition of the extra letter U to distinguish from other groups. It also reinforces the setup of the band which over the years has predominantly had four main performers.

The group began with four members: Allen Miller, Jim Jack, Bob Hattersley and Dave Smith, who all worked together teaching at Hummersknott school in Darlington. The lineup changed over the next few years and then settled with the addition of Sandy Still in 1978. Most of their original songs were written and composed by Allen Miller and more recently Rod Hall has contributed with some of his creations and is now a member of the band.

Sadly Bob Hattersley passed away in 2010 and as an ongoing tribute to him Fourum raise funds for Cancer Research, around £16000 so far.

Susan is actively involved in promoting Yorkshire businesses with audio production and  on social media. She has been living in Yorkshire for over 30 years. She is passionate about the county she has adopted as her home and she never ceases to be amazed at the wealth of talent ‘Inside Yorkshire’ and the tales that people have to tell.

This episode features Topic UK founder and editor Gill Laidler. Susan and Gill talk about the aims of the non profit magazine and…

#2/22 Editorial Challenges behind the Reeth Gazette

An interesting episode going behind the scenes discussing the challenges of editing a local monthly magazine. In this episode we …